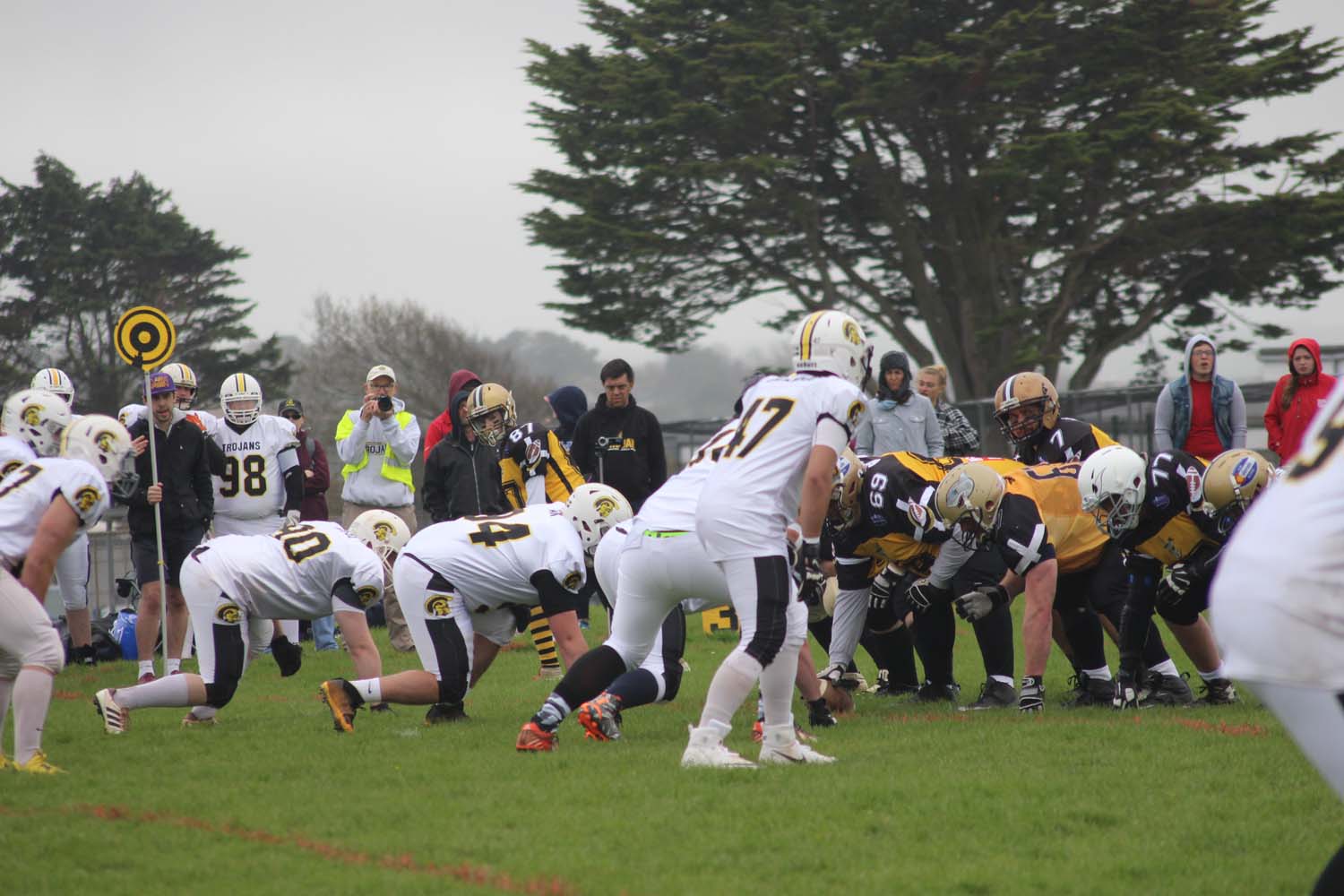 It was always going to be a tough season opener as the Cornish Sharks had a number of players unavailable for the first game leaving them with a squad of under 25 and historically the team has always been ‘slow burning’ due to its lack of pre-season scrimmages.  Whilst Torbay has done well recruiting this past season and finally has a roster to reflect the Devon demographic with a playing squad of over 80.

Whilst the Sharks have never lost to the Trojans before, it was a big ask to expect the Cornish Sharks, with a large number of its squad being rookies, to pull off the win, but the defence worked extremely hard and the final score, although a loss of 0-26 doesn’t really give justice to the heart with which the Cornish Sharks played.  They were a real team, with no egos and fought to the bitter end.

Coach Smallworth said of the result:  “Our team has lots of new players and having been around football for a long time, I know after today that this crop of players are some of the best that I have had in years.  So we know we have a core base of players that we can build with.  When our full squad is available, we will be able to compete.  This year is a rebuild and the guys have already shown today that they have the heart of Sharks, so it makes my job a lot easier.  The result was disappointing but there were loads of pluses – we had six sacks, three interceptions, forced fumbles, but we also made a number of rookie mistakes as to be expected.  There were glimpses of real talent shown by many players today and I am looking forward to the future.”

View the photos from the game.