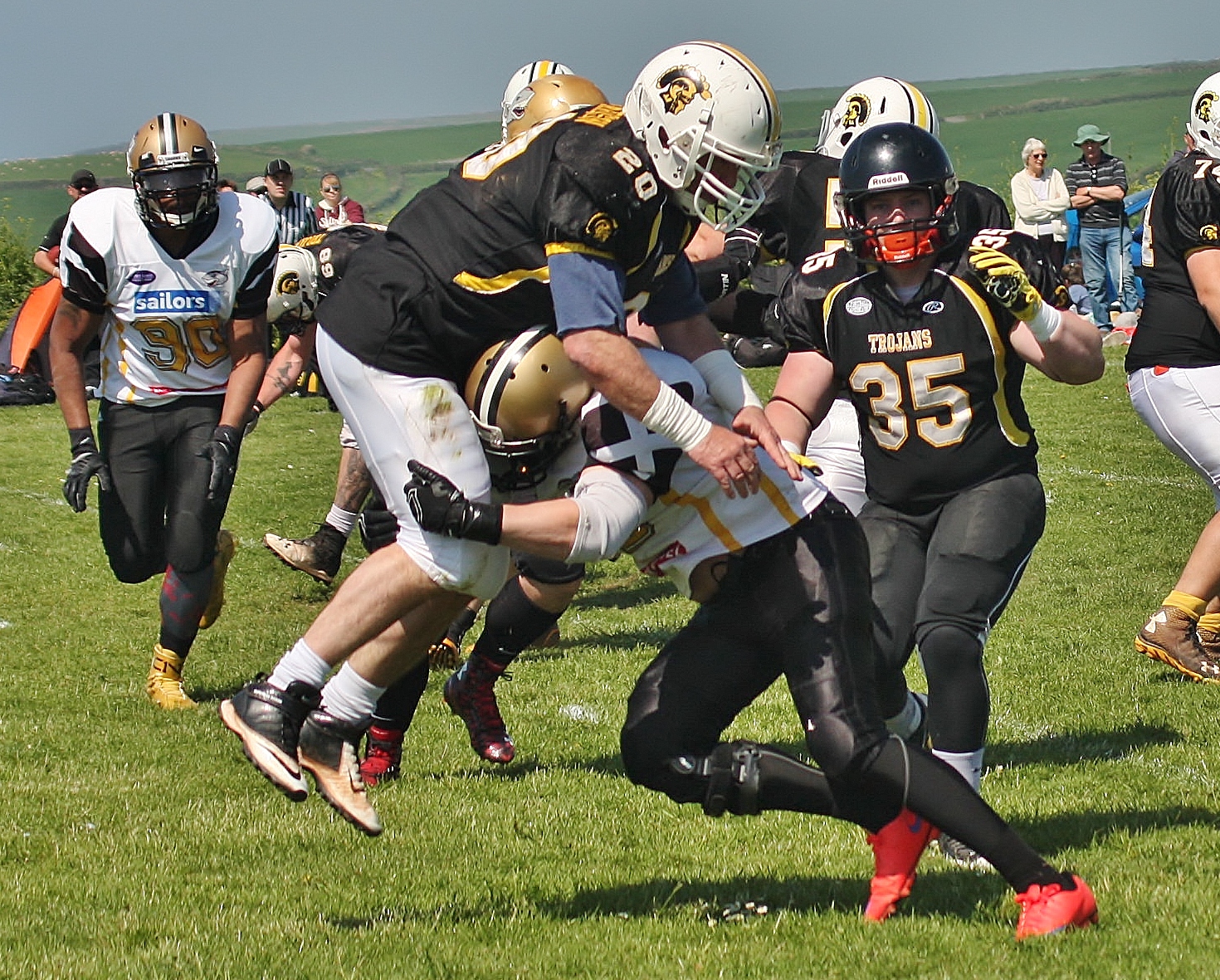 With the Torbay Trojans being the Shark’s closest geographic opponents in the league, a healthy rivalry has always existed but the Trojans suffered a tough 0-8 record in 2015 including failing to field a team to play the Shark’s and unfortunately they have continued with their poor form into 2016, so it was unlikely that the Shark’s would help the Trojans out of their on-going dry spell,

After a minute’s silence for the anniversary of the passing of Coach Bob Shaw, the Shark’s won the coin toss and elected to receive the ball but they were unable to pull off a scoring drive on their first few series, with the Trojans putting up a solid defense and the Shark’s spluttering somewhat.

The Sharks’ defence started the game as they finished last week against the Storm, completely controlling Torbay’s offence and stopping them from getting any first downs in the first quarter.  Towards the end of quarter one, the Sharks opened the scoring with a fantastic 61 yard run by RB Mark Womble.  After this the Sharks continued to stop any Torbay drives on defense or moving the ball on offense. At half time the Sharks were ahead with a comfortably 21-0 lead with Mark Womble grabbing two rushing touchdowns and RB Shaun Griffin adding the third.

The second half did not start as well as it should have done for the Sharks’ offense when a misplaced pass was picked off by a Trojans line backer and returned all the way for a Torbay touchdown. Torbay’s sideline, inspired by this, lifted their heads and tried to regain some control, but a strong defensive display by the Cornish Sharks ensured that the Torbay score was not going to be enhanced. A fourth touchdown and third of the day for running back Mark Womble came in the fourth quarter and helped pile on the pressure for the struggling Torbay offence.

The last score of the day came from the extremely talented 18 year old receiver Ben Jenkin, who came up into the senior team through the Cornish Shark Youth Academy.  He has now caught three touchdowns in two games, which impressed his team mates and coaches, but more especially his modest demeanour